Sump Pump Failure: 5 Common Causes and How to Avoid Them 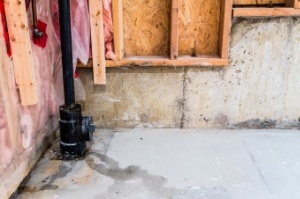 For most homeowners, the sump pump is “out of sight, out of mind.” It is rarely needed, but is an essential tool when flooding occurs. Like any other piece of emergency equipment, it is important to make sure your sump pump is well-maintained and that that you have taken precautions to prepare for the worst. Here are some common causes of sump pump failure and actions you can take to avoid them.

The most common cause of sump pump failure is not mechanical, but electrical. When stormy weather coincides with a power outage, utility-powered sump pumps will fail to operate. This leads to flooded basements and unhappy homeowners.

Thankfully, you can avoid this problem by installing a sump pump battery backup that will automatically operate in the event of a power failure. Battery-powered backups such as the Pump Sentry offer peace of mind that even if the power goes out, your sump pump will continue operating at the same capacity. Save yourself stress from worrying about whether your basement will stay dry during a storm, and install a battery backup for your sump pump. Find distributors here.

Sump pumps are naturally prone to mechanical issues, and the most common of these are problems with the float and/or switch. Sump pumps rely on the switch and the float arm in order to operate effectively, and when one of these fails it compromises the entire system. Switch failure is often caused by the sump pump shifting inside the pit, causing the float arm to get stuck in an ineffectual position. Other times debris can jam the float and render it useless.

This potential cause of failure is easily avoided by performing occasional checks on your sump pump. A little routine cleaning and adjusting can go a long way toward making sure your system won’t fail due to issues with the switch.

Sump pump problems can begin with the initial installation. If the manufacturer’s instructions are not followed carefully, water damage could result in the future. Improper installation could include anything from installing your pump on the wrong surface, to failing to install a check valve, to not drilling an air relief hole.

If you’ve ruled out other possible causes of your sump pump failure, it is possible that it was initially installed improperly.  If that is the case, you should consider having a professional examine your system and make recommendations.

Many of the causes of failure on this list (excluding power failure) can be avoided with proper maintenance. Improper maintenance is often found to be the root cause of many sump pump failures. Test your system periodically to ensure that it is working properly, and then make any necessary repairs or adjustments.  Checking the movement of the float switch, testing the battery backup system, and performing debris removal take only a few minutes. Those few minutes can save you money by putting off the purchase of a new sump pump or preventing your home from water damage.


Of course, it’s impossible to entirely prevent sump pump failure; sometimes a piece of mechanical equipment will simply fail despite your best efforts to keep it in peak condition. But you can lessen the likelihood of failure by following a simple maintenance routine.