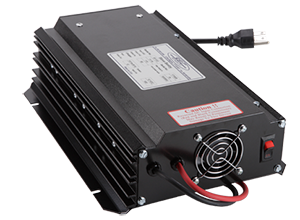 We recently received an email from a customer, and the message was one we hear frequently. The emailer had purchased a modified sine wave inverter from an outside source in an attempt to create his own pellet stove battery backup for his Harman ® stove. The inverter he purchased had ample power capacity necessary to do the job. Notwithstanding, the customer ended up frying the control board in his pellet stove and footing a bill for costly repairs. He then installed an SF 512 battery backup system which was factory recommended and worked properly with the stove. He became indignant and puzzled that this SEC America Surefire product (model SF512), was able to interface seamlessly with the Harman ® pellet stove even though it also produces modified sine wave power.

This is not an uncommon scenario for people to try to rig up their own emergency pellet stove backups based on basic knowledge and assumptions.  So where did the emailer go wrong? Here is what you need to know to avoid making the same mistakes.

Understand Variations When it Comes to Inverters

Consumers should never attempt to back up their alternative heating appliances with just any  modified sine wave inverter. Pellet stoves have control circuitry (controllers) which accept timing commands from the power wave shape which energizes the stove.  Because the controller design is intended for monitoring a pure sine wave, which is the shape of the electrical wave provided by electrical utilities, the likelihood of the stove working with just any modified sine wave is small. This is the reason why there is a strong likelihood that power provided by any random modified sine wave inverter will wreak havoc on sensitive stove electronics. There is a misconception that running the modified sine inverter output through a surge suppressor or RFI filter will patch the situation.  It does not.

Why do these two types of inverters exist? The output voltage of a pure sine wave inverter rises and falls smoothly like the utility, making it usable for any application. But it is expensive to manufacture. The output voltage of a modified sine inverter rises and falls more steeply, resulting in a less expensive inverter to produce than a pure sine wave unit with the same power capacity. There are many applications for which its output remains acceptable and even preferable.

Manufacturer Recommendations are Made for a Reason

The Surefire 512 is an enigma to some people because it is a modified sine wave product that works seamlessly with Harman ® stoves. It is the manufacturer-recommended pellet stove battery backup and is sold by the manufacturer’s dealers for said application.

The compatibility of the SF 512 with Harman ® stoves is not coincidental. It is a result of cooperation between SEC America and Harman ® engineers to develop a modified sine wave output that is compatible with the signals the stove microprocessor controller needs to detect for proper functionality. This is what makes the product uniquely optimized for its purpose, a quality which the consumer cannot obtain from any generic modified sine device. This is also why the Surefire 512 works with Harman ® stoves while other modified sine wave inverters do not.

The Drawbacks of Creating Your Own Harman® Pellet Stove Backup System

If you try to power your pellet stove using a generic modified sine wave inverter, you will immediately discern that something is wrong. The incompatibility will manifest itself with the erratic behavior of motors, during which time damage may be occurring.

To get around this, you can pay more for a pure sine wave inverter which will operate your stove, but there are additional drawbacks:

The solution to avoid experiencing the above is the SF512, which solves the shortcomings. It is a self-contained UPS system which automatically switches between backup and online states by simply monitoring the power line. Once installed you can depend on reliable automatic switching.

This reliable emergency pellet stove backup solution is an engineered product that has been specifically designed to be compatible as an inverter for Harman pellet stoves. With the SF 512, not only do you reduce cost by having an integrated system, but your pellet stove continues operating seamlessly straight into a power outage without manual intervention. Learn more about how the Surefire 512 works.