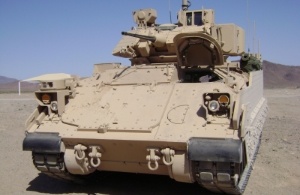 When challenged with naming the organizations best-equipped to meet global environmental conditions, most people would answer “the military.” US and NATO armed forces have endured operations in Iraq, Vietnam, the North Pole, and over the world’s oceans. These extreme environments challenge the equipment utilized by armed forces. Over the years, with the evolution of technology, military standards have been enhanced to redefine and increase equipment performance expectations both for active field service and transport to theaters of operation. Testing apparatus for rigorous condition simulation and instrumentation used for performance measurement have become increasingly more sophisticated.

The military primarily seeks apparatus that can operate properly in extreme and harsh environmental conditions. The US military testing standard which controls the qualification of equipment to meet such conditions is MIL-STD-810. Performance results are recorded and verified against this standard for various test conditions.

a) Thermal Cycling: where the ambient temperature of units being tested is raised     and lowered between the extremums of specified operation and storage.

b) High Humidity: where units under test are subjected to as much as 12 days of      high humidity to check for susceptibility to jungle conditions of long term moisture        penetration.

c) Shock and Vibration: where units under test are subjected to extreme G forces.

d) Ingress: where units are bombarded to test resistance to penetrability of water,       dust, salt and fog to assure strong anti-ingress performance.

In addition to meeting electrical performance specifications, military sealed converters are routinely compliant with MIL-STD-461. This standard defines the extent to which the converter may disrupt adjacent electronic equipment by radiation and conduction through cables, as well as its own susceptibility to operational disruption through those very same media.

The HS Series of sealed converters are designed to have a high IP 67 ingress rating and wide operating temperature range (-40C to +70C).  In addition to being sealed, internal circuitry is encapsulated to combat the effects of shock and vibration.

SEC America’s HS Series of sealed DC-DC converters are heavy duty isolated voltage converters which can survive the most punishing industrial environments. They are ideal for mining and resource exploration. They may be mounted externally to vehicles and other unsheltered installations, and are able to withstand harsh conditions and environmental abuse without failure. The HS series is available in a range of off-the-shelf voltages and package sizes which are easy to install.