How to Choose a Sump Pump Battery Backup System 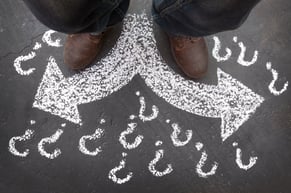 In order to choose a sump pump battery backup, the first thing you should do is assess your needs. Here are some of the biggest factors that will play a role in your decision:

48V is a telecommunications industry-standard operating voltage. It is considered a “compromise voltage” by being high enough to enable relatively low signal loss transmissions over large distances, and yet low enough to be a “safe low voltage”. (Most international safety regulations consider levels below 50V to be safe. )

An advantage of negative 48V is that four 12V batteries connected in series create 48V DC usable as a backup power source. Central telecom stations are known to have elaborate arrays of 48V battery banks.

One important aspect of telecom power installations is that the polarity of the 48V DC source is setup to be negative with respect to ground. This convention makes the entire telecom system more immune to corrosion and safer for individuals performing telecom maintenance. This negative polarity prevents metal ions from migrating from one metal element to another, which is the cause of rapid battery terminal and copper wire corrosion.
Although many new telecom stations have become very compact, they remain backwards compatible in terms of being powered by -48V. This feature will remain a standard into the foreseeable future.

There are installations where power demand is modest and there is no room to accommodate 4 batteries to provide 48V emergency power. Backup power is vital to maintain the operation of an entire sector served by such a station. A DC-DC converter provides the solution to enable the station’s operation on a single 12V battery for long periods. Figure #1 illustrates the hookup scheme with a 12V to 48V DC-DC conversion from a single battery.

How to Add a Battery Backup to an Existing Sump Pump 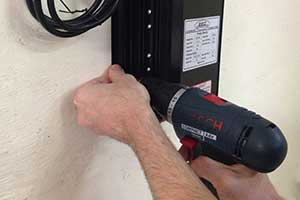 One of the most frequently asked questions about sump pumps is, “Can I add a battery backup to an existing sump pump?” People are looking for a better alternative to cumbersome battery-operated backup sump pump kits that require the installation and setup of an entire secondary pump. These kits usually come with at least six independent components and require the purchase of additional supplies, including PVC pipe, check valves, and cement, in order to complete the installation.

How can I get more backup time from my Pump Sentry™?

With a given sump pump the only option is to increase battery capacity. This can be done in one of 2 methods:

Which Pump Sentry™ Model Do I Need?

Pump Sentry™ for sump pumps comes in two sizes (power ratings). The 822PS is the smaller of the two, good for pumps drawing up to 9A of current, and the 1622PS will work for pumps drawing up to 14A. In order to make a proper selection, it is important to ascertain the electrical ratings of your sump pump, or at least determine its make and model number which would lead to establishing its ratings.