A Brief History and Appreciation of Batteries

Batteries have had an essential and 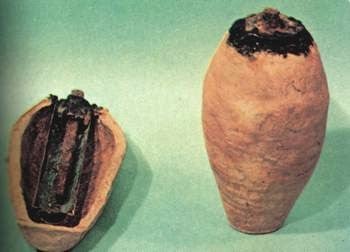 interesting part of our history and technological advancement.  Going back as far as 250 B.C., batteries provided the main source of energy prior to the development of electric grids and generators.  Improvements in battery technology have made way for major electrical innovations.  From early scientific breakthroughs to devices like the telegraph and telephones right up through today’s modern laptops, mobile phones and even cars, batteries have made all kinds technological strides possible.

The earliest battery in recorded history is known as the Parthian or Baghdad battery.  It was discovered in 1938 and dated at 250 B.C., and while its classification as a battery has been debated, it deserves its place in our battery history.  In 1744, the Leyden Jar, created by Ewald Georg von Kleist created quite a shock when the scientists working with it failed to recognize the source of the energy they were storing.  They believed that fluid stored in the bottle was the electricity, and so when they touched the metal foils, they received what was at the time an unexplainable and impressive jolt.

It was 1749 when Benjamin Franklin first used the term Battery to describe the linked capacitors he had stored in glass jars for his electrical experimentation.  These jars were linked together to provide a stronger electrical charge.  In 1780, Luigi Galvani made a surprising electrical discovery during a frog dissection which he called animal electricity.  After this discovery, Galvani’s fellow scientist and friend Allesandro Volta was prompted to do a series of experiments using a variety of different metals.  Volta later discovered that using certain liquids as a conductor, one could generate a continuous flow of electricity.  His discoveries would wow France, and even be included in a demo for Napolean Bonaparte.  In 1802, William Cruickshank would design the first ever mass producible battery.  It resembled the flooded battery that is still used today.

Throughout the years, many scientists would build on and improve upon batteries’ use and function.  Consistent charge was attained and more power could be utilized.  In 1859, Gaston Plante of France developed the first ever rechargeable battery and in 1890, Swedish scientist Waldmar Jungner designed the Nickel-Cadmium (NiCd) rechargeable battery.   Thomas Edison would improve upon and patent his own version of the NiCd battery that would be used in electric and diesel train cars, provide backup power for railroad crossing signs and power lamps used in mines.  During early production, the NiCd battery was expensive to replicate, so its uses were limited, however as adjustments were made to its design, the NiCd battery became more widely used.  It was the only rechargeable battery with portable options up until the 1990s when environmental scientists worried about the toll disposal was taking on the environment.

The 1980s led to some great innovations in batteries, including the development of the Lithium Ion Battery(LIB) most notably worked on by John B. Goodenough.  Sony developed the commercial version of this battery in 1991.  Of late, there have been some issues with the LIB exploding or overheating, but improvements have been continuing to make these work more efficiently and with greater safety.  John Goodenough, now in his nineties, is in the process of developing a newer model of rechargeable LIB and the tech world is looking forward to its release.

Charging batteries is easier and faster than it has been, and the technology is much more affordable, allowing it to be in the hands of common people.  There are huge strides that have been made in every area of technology due to these power stores.  Every enhancement makes way for a safer, smaller battery that allows for even more advancements in technology.  Batteries have held a crucial role in the technological realm for many centuries and will most likely continue to do so in the centuries to come.