The Common Pitfall of a Sump Pump Battery Backup 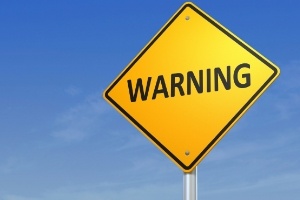 Installing a sump pump battery backup affords protection against the ravages of basement flooding. This should offer you peace of mind, knowing that effective protection from water damage is at work.

But if you make the common mistake below with your sump pump battery backup, your sense of security could be false.

The battery backup system operates in conjunction with a deep cycle battery, which is designed to regularly discharge most of its capacity. This battery’s condition is as vital to timely protection as the reliability and sophistication of the backup system’s electrics. Like any of the other systems in your home, the battery needs to be maintained in order to effectively and reliably do its job.

It’s probably obvious that you need to select the appropriate battery when you initially install your system. It is equally important that during the course of the battery’s lifetime, you determine when its condition no longer qualifies it to be in service. A battery retaining only 40% of its capacity translates into a run time of 40% of what it was when the battery was new.

This means that your entire sump pump battery backup system would be available for operation for a much decreased period of time before the battery is completely spent and needs to be recharged. If there is no mechanism for alerting you when the battery reaches a lower capacity, the likelihood of this happening is increased.

Some battery backups have charge level indicators that can tell you how far along the battery has progressed in its charge cycle—specifically, how close/far it is from being fully charged. This is not a measure of battery capacity or how “good” the battery is. Even a half-used battery can be recharged. The important point isn’t how much the battery is charged, but how much capacity it has. For example, the used battery may be able to power a load, but it will do so for a much shorter time than a new, unused battery.

The only way to truly combat the problem of decreased battery load is by replacing the battery on time. You should always choose a battery backup that comes equipped with a “replace battery” indicator so that you are aware of when it is time to get a new battery.

Maintaining the condition of your battery could be the crucial factor to ensuring that your basement remains dry. Don’t let this be a factor that slips through the cracks!